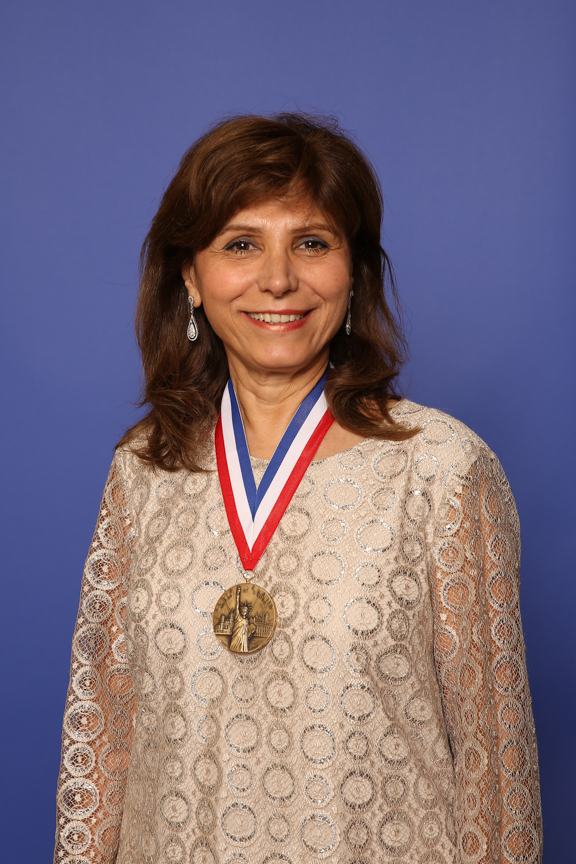 Salpy Akaragian, RN-BC, MN was born in Aleppo, Syria and lived in Lebanon for two years prior to migrating to United States in 1967. Salpy, graduated from La Mirada High School and soon thereafter attended UCLA, graduating with a Baccalaureate Degree in Nursing in 1975 followed by a Masters Degree in Nursing in 1980. Today, she is the Director of the International Nursing Program, Nurse Credentialing for Nurse Practitioners, Career Development and Teaching Institute. She has been working at Ronald Reagan UCLA Medical Center since 1974, and has held positions from bone
marrow transplant staff nurse to administration.

As the Director of the International Nursing Program at UCLA Health System, Salpy has hosted visitors from over twenty different countries, coordinating education and training experiences for over 3,000 international visitors. In addition, as the director for credentialing, she oversees the practice of over 170 nurse practitioners at UCLA Health. Salpy’s passion is to assist health care providers to pursue higher education and creates programs for career development, for example, King Drew High School students’ observation program, nursing assistants to qualify for licensed vocational nursing examination, housekeepers to obtain certified nurse assistant certification and registered nurses to enroll in Baccalaureate and/or masters programs.

She has served on the California Board of Registered Nursing as a board member and chair of the Legislative Committee and co-chair of Education Committee. She served as a Magnet Appraiser for the American Nurses Credentialing Center and is board certified in nursing professional development. She was the President for two terms of the Alumni Association for UCLA School of Nursing and received the UCLA School of Nursing Distinguished Alumni award.

Since 1968, Salpy has enriched her life by providing volunteer services locally and internationally. In 1995 she was asked to be the US Partner Representative for USAID/AIHA and received grants to develop healthcare programs in Armenia.

Salpy was asked by the former First Lady of Armenia, Lyudmila Ter-Petrossian to establish the first Baccalaureate nursing program in Armenia. With the help of USAID/AIHA, the Development Services for Armenia, UCLA Health and Loucine Huckabay, Ph.D., she developed and implemented the program. Today, over 200 nurses have graduated from the program and are nursing leaders in Armenia.

Additionally, she set up the Neonatal Resuscitation Center, opened the first ambulatory Women’s Health clinic, created the Model for Primary Care in Lori Region, established the CPR Training Center at ARS's Mother and Child and Birthing Center in Akhourian, initiated the journey of Magnet Award for Erebouni and St. Grikor Lousavorich Medical Centers and directed multiple health fairs in Lori and Gegharkouni Regions.

She is the founder and co-founder of multiple professional organizations, for example Armenian American Nurses Association, Armenian Nurses Association in Armenia and Armenian International Medical Fund in 2003. The latter organization provides “gift of hearing” to hearing impaired children in Armenia by performing cochlear implant surgery. As of this year, we have operated on 70 children and young adults and they all now hear, speak and are in the mainstream of the society.

She is a member of the Nursing Honor Society, American Nurses Association, UCLA Alumni Association and other significant professional organizations. She has presented on various health related topics at Local, National and International Conferences and has researched and published several articles, received numerous grants, awards, and “certificate of recognition” from multiple government sectors, appeared on television programs and featured in articles. In 2013, Salpy was awarded regional and national volunteerism and service award by nurse.com.

In fall of 2013, Salpy started the Ph.D. program at UCLA School of Nursing. Salpy’s joy is her three grandchildren (Alina, Aiden and Alex) and her sons and daughter-in laws; Armen, Michelle, Ara and Jeannette.