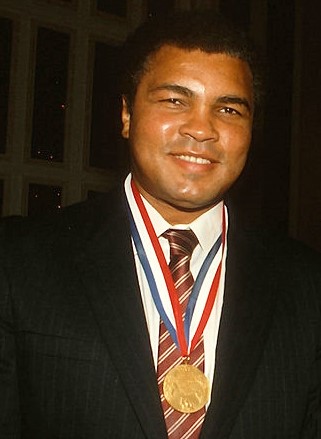 Born Cassius Clay in Louisville, Kentucky, in 1942, Muhammad Ali became an Olympic gold medalist in 1960 and the world heavyweight boxing champion in 1964. Following his suspension for refusing military service, Ali reclaimed the heavyweight title two more times during the 1970s, winning famed bouts against Joe Frazier and George Foreman along the way. Diagnosed with Parkinson's disease in 1984, Ali devoted much of his time to philanthropy, receiving the Ellis Island Medal of Honor in 1986 and earning the Presidential Medal of Freedom in 2005.
He died on June 3, 2016, in Phoenix, Arizona.