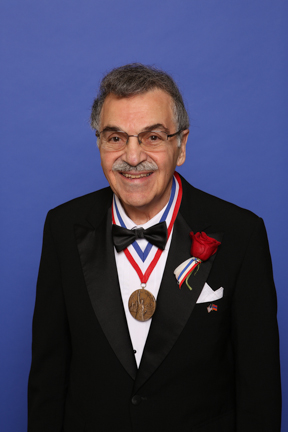 The professional career of Edward Avedisian spans four disciplines: a performing symphonic musician, teaching at the university level, arts administration, as well as investing and philanthropy. He retired after 30 years of service as clarinetist with the Boston Pops and 43 seasons with the Boston Ballet Orchestra. He has held posts in the Atlanta & North Carolina Symphonies, Boston Opera Co., Boston Lyric Opera and Harvard Chamber Orchestra, as well as fulfilling substitute engagements with the Boston Symphony and the Metropolitan Opera. He has appeared as soloist with the Armenian State Philharmonic, the Armenian Radio and TV Orchestra and the National Chamber Orchestra of Armenia, and was visiting artist to Boston's sister city of Hangzhou, China, in 1998. He was twice appointed a Fromm Fellow for contemporary music performance at Tanglewood under the direction of Aaron Copland and received an American National Theater Academy Award for his performances in Europe in 1962. In 2008 he received the Distinguished Alumnus of the Year Award from Boston University's College of Pine Arts.

Field of education: he has been Adjunct Professor of Music at Boston University (1970-1980) and lecturer at Endicott College (1970-1976) and served for two years as a panelist for the National Foundation for Advancement of the Arts, (2000 & 2001) which made determinations for Presidential Scholars in the Arts.

Arts administration: has included Artistic Administrator of the Harvard Chamber Orchestra (a professional summer orchestra at Harvard University (Prof. Leon Kirchner, Music Director (1977-1992). In addition, he has served as orchestra committee chairman with both the Lake George Opera Festival and the Boston Ballet Orchestras, where he wrote and successfully negotiated the first union contracts for both organizations . He also has served as orchestra personnel manager for tours of the Boston Pops Esplanade Orchestra.

Philanthropy: His success as a private investor led him to establish endowments and award grants to a number of nonprofit organizations . At the American University of Armenia he fully funded the Center for Health Studies & Research and the Center for Business Research & Development. He was principal benefactor & chair of the construction committee (2005-2009) of the new 100,000 sq. ft. Paramaz Avedisian Building and was appointed to the Presidential Search Committee for AUA by Dr. C. Judson King, former Provost of the University of California and Chair of the AUA Board of Trustees. Others of note include the founder & principal benefactor of both the Khoren and Shooshanig Avedisian K-12 School & Community Center in Malatia-Sepastia, Armenia (a seven-building complex), and sole benefactor & chair of the AUA Oversight Committee for the Nork Marash Medical Center (bringing the hospital up to U.S standards in 2004-2005), where open heart surgeries are performed free for children. He also serves as Trustee for the American University of Armenia, and the Armenian Missionary Association of America. As a founder and sole supporter of the Friends of the American University of Armenia, his contributions include a complete renovation of the High School in Haghtanag Village (2008-2009) and the installation of a cluster of lights and trees at the Didzemaghapert Armenian Genocide Memorial. He has twice been awarded the Movses Khorentasi Medal by Armenia's President Sargsyan for Contributions to Education, Culture Literature & the Arts in 2008 & 2014. In the U.S. key endeavors are: established the Paramaz Avedisian Pharmacy Scholarship at University of Rhode Island, Boston University Medical School (Chobanian Professorship) & BU Tanglewood Scholarship, and an endowed chair for the Boston Ballet Orchestra.

Edward Avedisian was born in 1937 in Pawtucket, RI, where he attended public school and served as president of his graduating class. He furthered his education on a scholarship to Boston University where he earned his BM and MM degrees. He also received an RCA scholarship for advanced orchestral training at Tanglewood, the summer home of the Boston Symphony Orchestra. His extracurricular activities include collecting vintage photographs and antique and classic automobiles.